Mathematics associate professor Holly Swisher is eloquent about what it means to be a woman mathematician at a time when the number of female research mathematicians continues to remain low.

“I think the biggest obstacle for an individual in an underrepresented group is just being able to see yourself doing a certain job that people have never imagined someone like you doing. I can think of at least three instances when a female student has come up to me and said, ‘Meeting you makes me visualize myself in this job.’ ”

Swisher is one of nine women tenure-track and tenured faculty in Oregon State University’s Department of Mathematics, an impressive number considering the national trend. When you do the math, that’s 30% women in the department, which is home to 30 tenured and tenure-track faculty.

According to a 2010 survey by the Conference Board of the Mathematical Sciences, women comprise only 16% of the tenured and tenure-line faculty at doctoral-level mathematics departments. Despite gains in the numbers of women opting to study math and science*, a large disparity exists between men and women’s representation in tenured and tenure-track positions in the fields of mathematics, physics and engineering.

The statistics clearly indicate that the gender composition of OSU’s Mathematics Department marks a striking departure from the norm.

Ossiander, who joined the department in 1988, was the first woman to become a full professor. The women mathematicians boast of highly impressive research and teaching accomplishments. They have received competitive research grants from prestigious institutions across the country, and have been lauded for their extraordinary teaching and service contributions 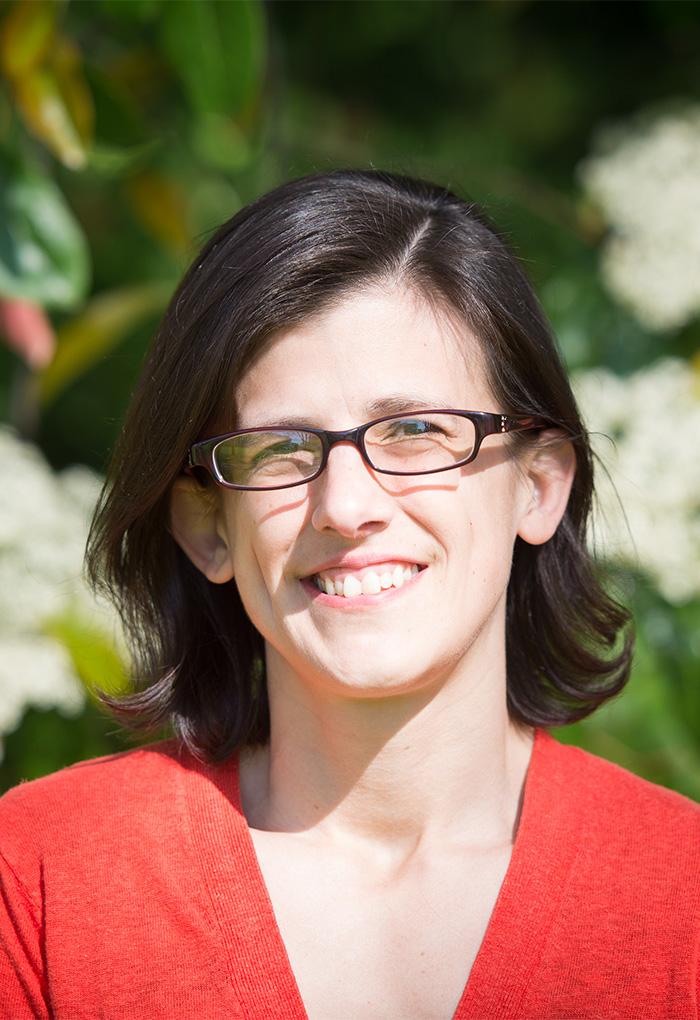 Cozzi was awarded a 4-year National Science Foundation (NSF) grant for a project on mathematical fluid mechanics and the graduate student faculty award for her mentorship and teaching. Bokil has received multiple NSF awards as well as grants from the National Energy Technology Laboratory (NETL). She is currently collaborating with a mix of biologists and mathematicians on a project funded by NIMBioS, the NSF funded National Institute of Mathematical and Biological Synthesis. 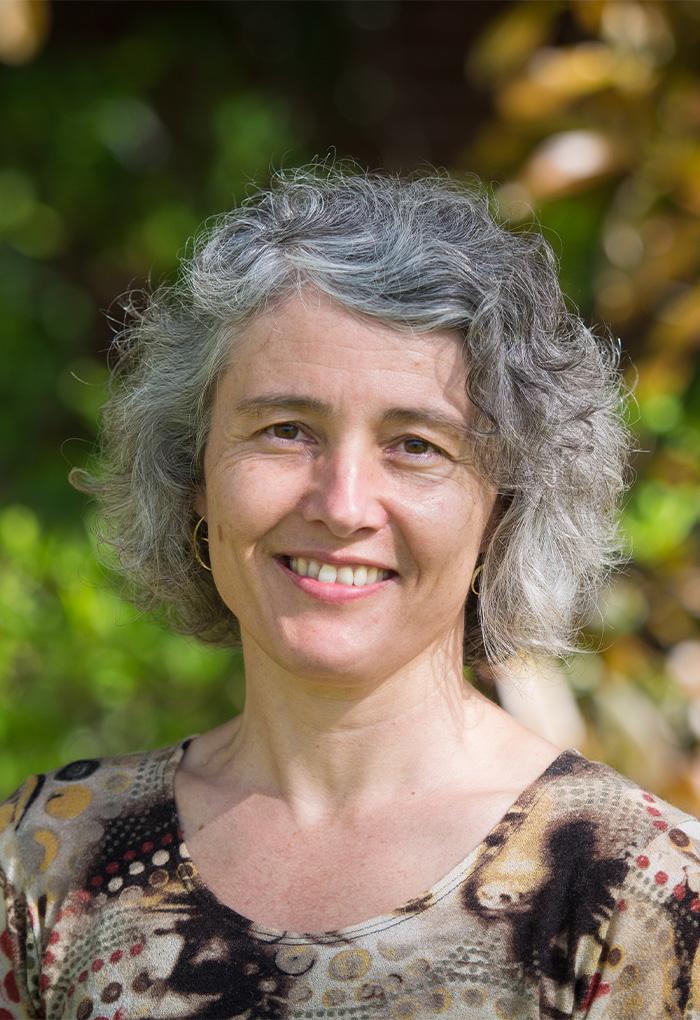 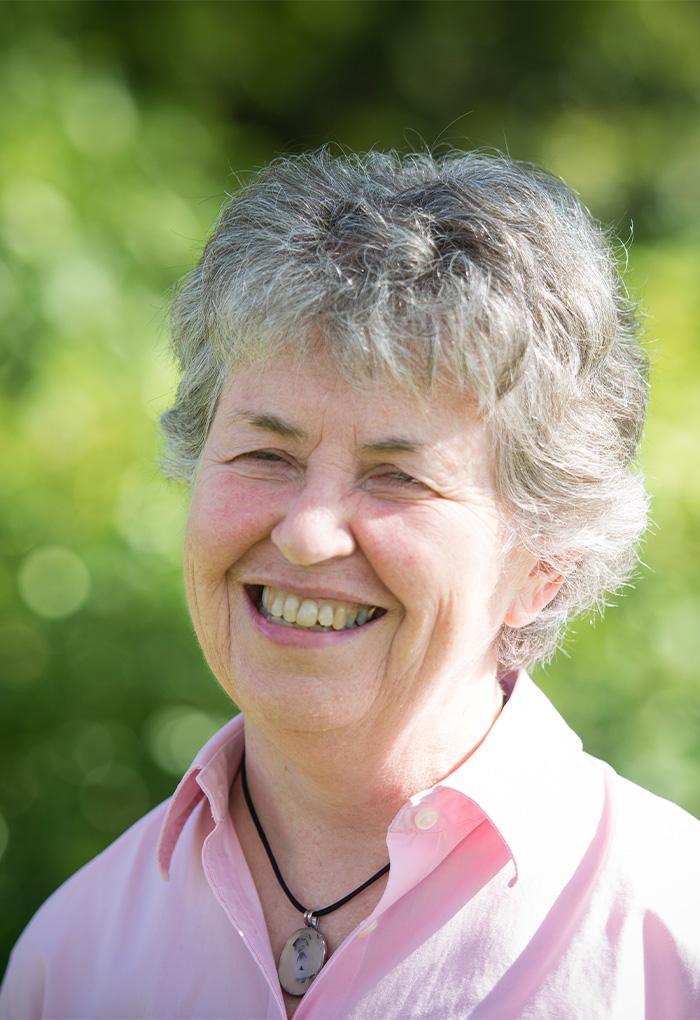 Escher has received grants from the NSF and the Association for Women in Mathematics for her work in algebraic topology and differential geometry. Mary Flahive has collaborated with Bella Bose in computer science on work funded by NSF. She has written three books, including a research monograph published by the American Mathematical Society, and has received the College of Science’s Olaf Boedtker Award for Excellence in Undergraduate Advising. 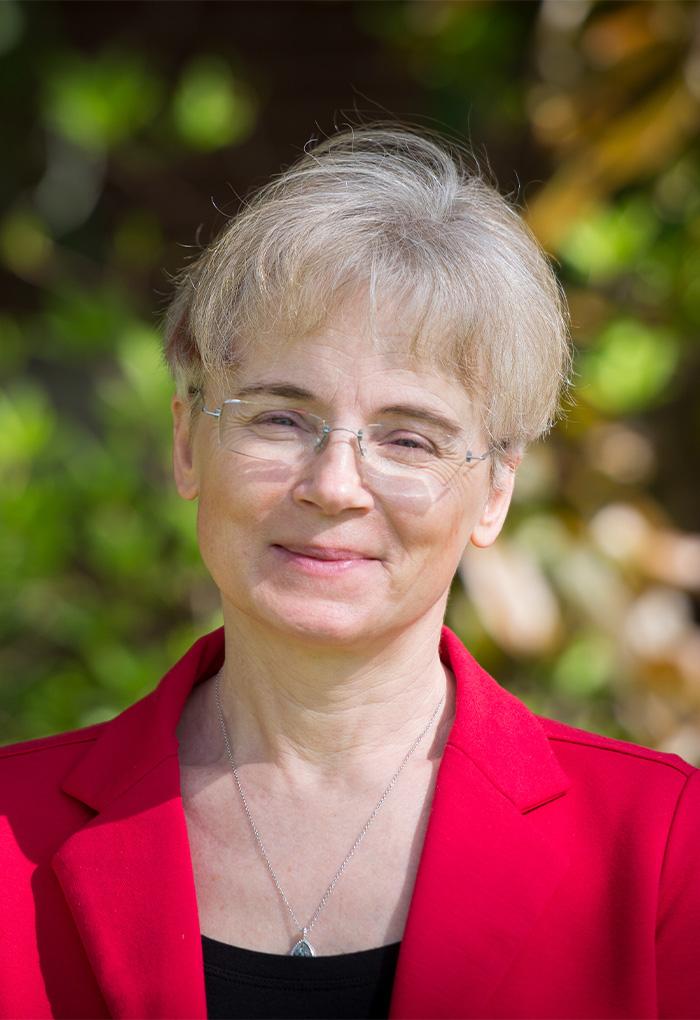 Ossiander, whose research encompasses theoretical and applied probability, has been principal investigator and co-investigator on a number of grants from NSF and other governmental agencies. Recently she has contributed her expertise in statistical modeling to interdisciplinary projects in hydrology and geostatistics. 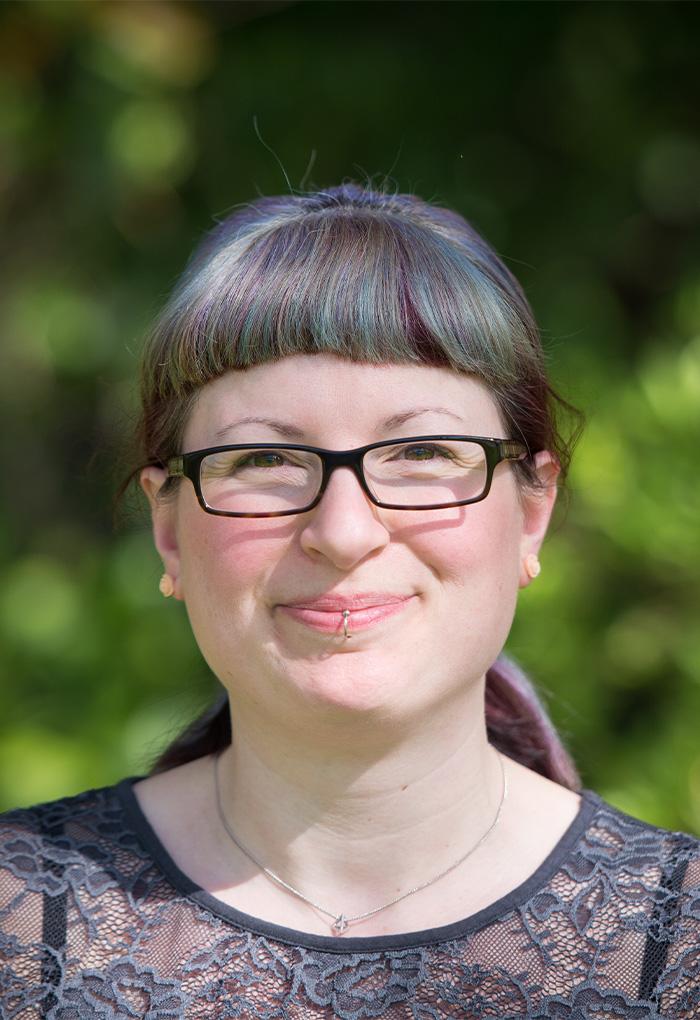 Holly Swisher is a member of one of the most ambitious mathematical collaborations in recent times. She was chosen to join a team of more than 70 mathematicians from 12 different countries who worked over a period of five years to create a massive mathematical database called the “L-functions and Modular Forms Database (LMFDB). The database catalogs objects of central importance in number theory and maps out the intricate connections between them. 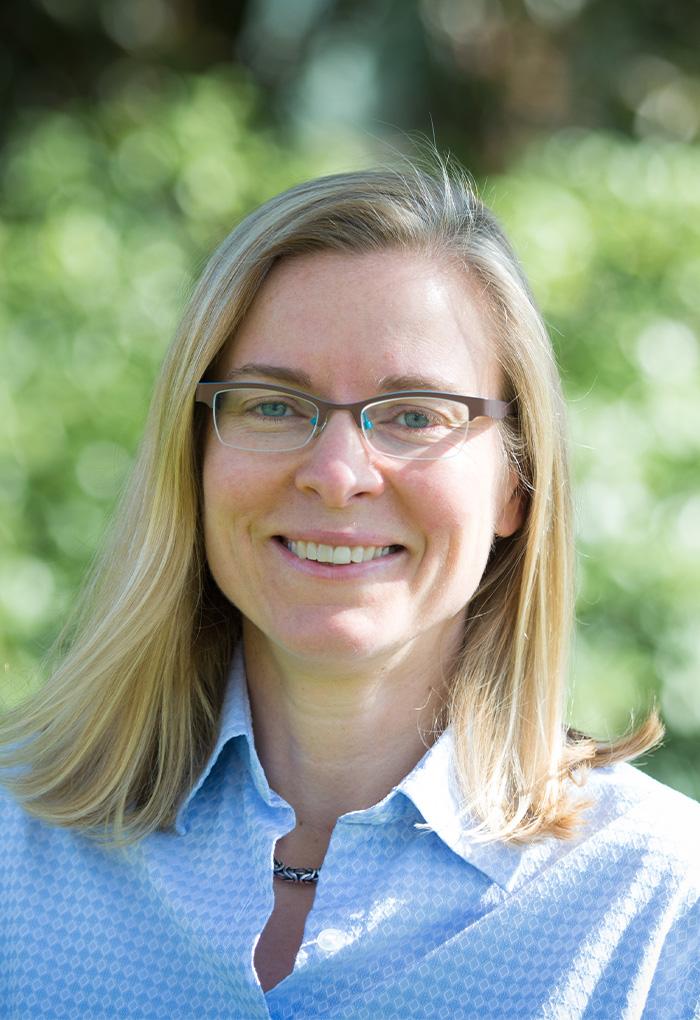 A specialist in mathematics education for post-secondary teaching, Mary Beisiegel has been awarded an NSF grant for "Improving Undergraduate STEM Education," a collaborative effort among 11 institutions aimed at improving teaching in lower division mathematics and science courses. 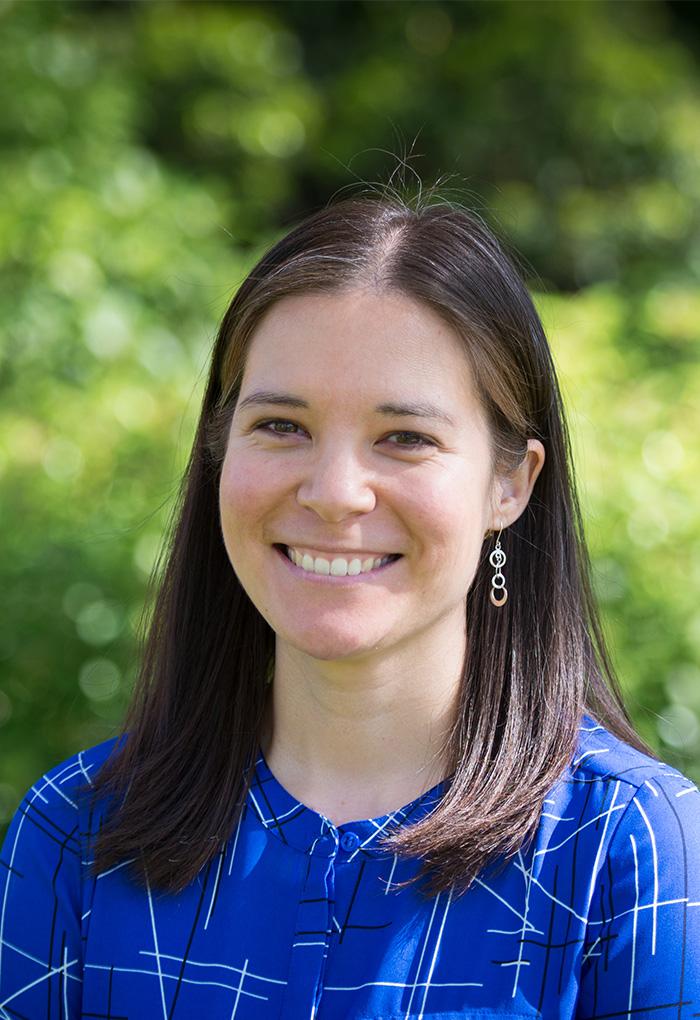 Elise Lockwood, an expert in mathematics education research, is a co-principal investigator on a grant awarded by the NSF Research on Education and Learning (REAL) program.

Lockwood investigates student learning in a variety of mathematical environments. “My zeal for math education research developed when I took a combinatorics class,” Lockwood observed. “I fell in love with counting problems and became obsessed with learning everything I could about why students struggle to solve such counting problems and how I could help them improve.”

Many say they learn something new every day as mathematicians.

“I loved math before I knew what a ‘career’ is,” said Peszynska, who grew up in Poland and once encountered a university professor who called her parents to suggest they steer their daughter to a career other than mathematics. Her sentiments toward the pursuit of mathematics are widely shared by her colleagues.

“What inspires me is my love for teaching mathematics and sharing the conceptual ideas and representations with students,” emphasized Beisiegel. Escher enjoys studying the “powerful tools” of algebraic topology and their uses in various other fields such as differential geometry and theoretical physics. “It is a beautiful connection between different areas of mathematics that leads to strong classification theorems.”

In a study of dual-career academic couples by Stanford University’s Clayman Institute of Gender Research, a participant remarked, “Talented academics are often partnered, and if you want the most talented, you find innovative ways of going after them.” Not surprisingly, traditionally a lack of institutional support for dual-career hiring or meeting the needs of academic couples has held women back from pursuing competitive jobs in academic STEM fields.

A key reason behind the Mathematics Department’s success in hiring and retaining higher numbers of female mathematicians is its friendly and encouraging attitude toward accommodating academic couples. The department has successfully implemented a dual hiring initiative in several cases and currently has five mathematician couples in tenured or tenure-track positions—all of whom were partnered before they arrived at Oregon State.

There is ample evidence suggesting that lack of career support for partners leads to a high proportion of women accepting nontenure-track and part-time positions at research universities, instead of tenured or tenure-track positions. The American Association of University Professors views partner hiring at academic institutions as “common and necessary.”

There is yet another unconventional feature that sets the Mathematics Department apart from most other academic departments—in most of its dual partner hires, the woman was the first hire. According to a survey of 9,000 full-time faculty at 13 leading U.S. research universities, men comprise the majority of first hires: 58%, in fact, reported Stanford University’s Clayman Institute. OSU’s Mathematics Department has reversed the gender ratio in this respect.

Bokil observed that four of the five women mathematicians were the first hire. OSU was able to successfully hire their partners for faculty positions as well. It was a win-win situation: the partner hires brought skills and qualifications that matched important research and teaching objectives in the department.

When Cozzi was interviewed, she informed the hiring committee that her mathematician spouse, Clay Petsche, was on the job market as well. They were both interviewed and both offered tenure-track jobs.

“The department made a huge effort to consider both of us for jobs. They are very good at taking advantage of situations where there are two people who want to come and are quality candidates,” said Cozzi.

Mentorship has also played a significant role in enhancing the career success of women faculty.

“This department has been, in addition to creating space for spouses, really good in mentoring young faculty,” Bokil pointed out. She was mentored by men and women in the department, and received valuable advice on writing grants, editing proposals, applying to workshops and conferences.

“In our department, people go out of their way to think of others, help others, promote others,” added Bokil. Several research studies have shown the significance of mentoring for women’s success in achieving tenure and promotion.

A number of OSU women mathematicians say they attended Ph.D. programs where there were no or very few female research professors. Flahive, who did her doctoral studies at Ohio State University in the 1970s, was one of just a few women students.

Swisher had very few women professors in graduate school. “At University of Wisconsin-Madison, while I was a graduate student, there were only two female faculty out of 50 professors. It was very different from here," said Swisher.

Little wonder then that Oregon State’s Department of Mathematics feels like a breath of fresh air to its women professors.

The department’s younger women mathematicians were encouraged at what they saw during the interview process: the hiring committees were either chaired by women or comprised women members.

“I think, in some degree, I was drawn to a department where I saw other women. OSU Math has done a really good job ensuring they interview qualified women candidates and then give them a chance to showcase their work,” said Cozzi.

Flahive, who joined the department in 1990, has witnessed the gender diversification of the Mathematics Department over the years.

“It has something to do with the attitude of my colleagues. We don’t think of hiring women mathematicians as unusual.”

Society at large continues to stereotype mathematics as a male domain, and such beliefs can discourage women from entering or pursuing mathematical careers. A 2010 CBMS survey reported that women earn 45% of the undergraduate degrees in mathematics, but women comprise only 11% of tenured faculty and 27% of tenure-eligible faculty in doctoral mathematics departments.

OSU’s Mathematics Department has done its fair share to overturn stereotypes about gender and mathematical ability and send a powerful message that women can do math and excel at very high levels of mathematical performance.

Women mathematicians at OSU have mentored and advised high numbers of women undergraduate and graduate students as well as postdoctoral researchers over the years. Bokil proudly mentioned that her first doctoral student was a woman who is pursuing a successful research career at Los Alamos National Laboratory.

They are also acutely aware of their influence as educators and mentors in a field that has fewer female role models.

Swisher is the organizer and faculty mentor of OSU’s highly successful Research Experiences for Undergraduates (REU) program in Mathematics, an NSF-funded research program in mathematics and theoretical computer science for undergraduate students that has been held nearly every summer since 1987.

Focused on cutting-edge research in pure and applied mathematics, the REU program supports 10 undergraduate students and runs for eight weeks in the summer. The program has a strong track record of enrolling at least 50% female students in each cohort from large and small, public and private universities who would not otherwise be exposed to the research process.

There were times as a student when Cozzi, who conducts research in mathematical analysis, admits she would find herself thinking, “I am the only woman in this room. Maybe there is something to this idea that I don’t belong.” Cozzi is pleased that some of the women she is teaching may see her and believe that a research career in mathematics is possible.

Over the years, Bokil has found herself thinking about cultural forces that stand in the way of women mathematicians. After attending numerous mathematics conferences throughout her career, she was struck by the privileges enjoyed by men.

“I notice that male mathematicians at conferences get more exposure, more access to research networks and collaborations. It can appear as an impenetrable men’s club.” This year, Bokil is part of a research group of three women that has received funding to do research at the Institute of Computational and Experimental Research in Mathematics (ICERM) at Brown University and the Mathematisches Forschungsinstitut Oberwolfach (MFO) in Germany.

A number of initiatives exist to redress gender imbalance in mathematics and combat entrenched sociocultural biases that hold back women mathematicians in the areas of research collaboration, promotions, research awards, inclusion in journal editorship, scientific associations and conference committees. Prominent among them is the Association for Women in Mathematics (AWM), which supports domestic and foreign research travels for women mathematicians and has recently received a $750,000 NSF ADVANCE grant to help establish research networks for women by fostering research collaborations at conferences and AWM Workshops.

*According to the National Science Foundation, in 1966 women earned 6% of doctorates in mathematics and in 2006 earned nearly 30% of doctorates.