Professor of mathematics Holly Swisher was recently awarded a three-year $211.5K National Science Foundation grant to investigate some of the field’s most fundamental questions in number theory pertaining to modular and automorphic forms, which play a crucial role in various branches of mathematics and mathematical physics. These include combinatorics, algebra, analysis, arithmetic geometry, number theory and string theory.

An expert in number theory and combinatorics, Swisher’s research focuses on the mathematical areas of partition theory, modular forms, mock modular forms and hypergeometric series as well as the interrelationships among them.

An esoteric branch of classical mathematics, modular forms are complex valued functions on the upper-half of the complex plane that are highly symmetric. A complex plane is a way to geometrically represent complex numbers as points on a plane on the Cartesian coordinate system where the x-axis represents the real part and the y-axis represents the imaginary part of each number.

“One of the beautiful things about number theory is that seemingly simple questions, when deeply investigated, can blossom into rich and intricate discoveries."

Due to its special property of symmetry or congruence, modular forms can be found in fundamental proofs and theorems in other branches of mathematics throughout the twentieth century. Major research problems deeply intertwined with modular forms include the proof of Fermat’s Last Theorem, the Langlands problem, the Taniyara-Shimura conjecture (now the modularity theorem) and open questions in superstring theory.

Swisher will pursue research in the field of modular or automorphic forms in two primary ways — projects related to combinatorial generating functions and projects related to hypergeometric functions. At the foundation of her inquiry lies the central and intriguing role played by modular forms in many major problems in number theory over the last century.

“One of the beautiful things about number theory is that seemingly simple questions, when deeply investigated, can blossom into rich and intricate discoveries,” said Swisher.

Swisher who leads the Research Experiences for Undergraduates (REU) site in mathematics at Oregon State, has co-authored several articles proving important results on combinatorial objects and modular properties with her REU students.

Swisher and her students will also engage in research on classical hypergeometric functions, with respect to the larger modular and automorphic forms landscape, which have been of great importance to many areas of science, including mathematics, engineering and physics.

Swisher is a member of one of the most ambitious mathematical collaborations in recent times, the L-functions and Modular Forms Database. She is part of a team of more than 70 mathematicians from 12 different countries who are working to create a massive mathematical database which catalogs objects of central importance in number theory and maps out the intricate connections between them. 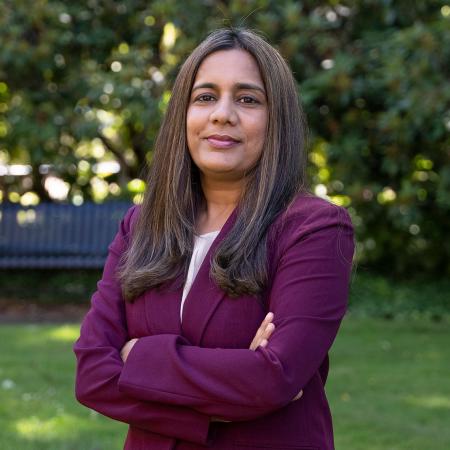