The Department of Mathematics at Oregon State University (OSU) recently hosted the seventh annual Cascade Regional Applied Interdisciplinary and Numerical Mathematics (RAIN) Meeting. Due to the COVID-19-related closure of campus, the meeting was held online via Zoom. Thus, this was the first RAIN meeting in the Cloud. 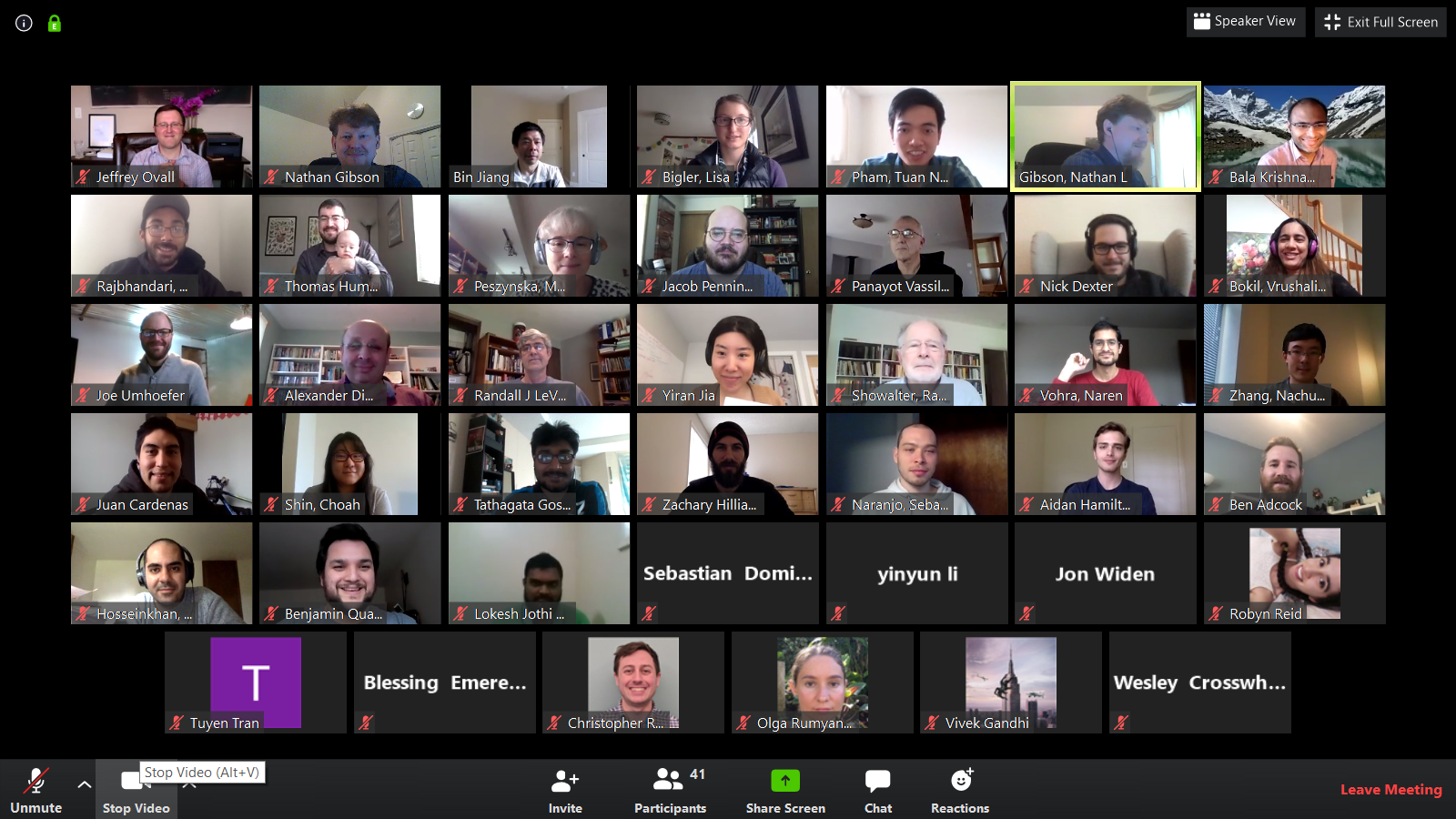 The first edition of the Cascade RAIN Meeting was held in Corvallis in 2014, consisting primarily of mathematics faculty from Oregon State and Portland State Universities. It has subsequently grown to be an annual meeting bringing together researchers from across the Pacific Northwest (and occasionally beyond). A list of previous editions of the conference is provided at https://sites.google.com/site/cascaderainmeetings/events-list.

The RAIN meeting is a gathering of researchers for rapid and informal communication of ongoing research activities in computational and applied mathematics in the northwest region. It is intended to complement the annual PNWNAS and biennial SIAM PNW Section meetings, which feature longer lectures by invited speakers. At RAIN, talks from graduate students are encouraged. The meeting format is similar to the Finite Element Circus, in that the speakers, talk time and speaker order are all determined at the opening of the meeting. The talk length is determined by the total available time divided by the number of speakers, with talk duration typically ranging between 10 and 15 minutes. Typically volunteer speakers write their names and talk titles on a slip of paper to be placed in a hat for a random draw that determines the talk order. On Zoom, speakers announced their talk titles via Chat and a Google Sheet was used to randomize the speaker order.

There were nearly 60 participants attending (including two who registered “on site”), with 15 volunteering to speak. Originally there were only 14, but that would have meant an awkward 21 minutes per talk, so Prof. Nigam from Simon Frasier University (SFU) persuaded her student Javier Almonacid to present a very well-done talk at very short notice! 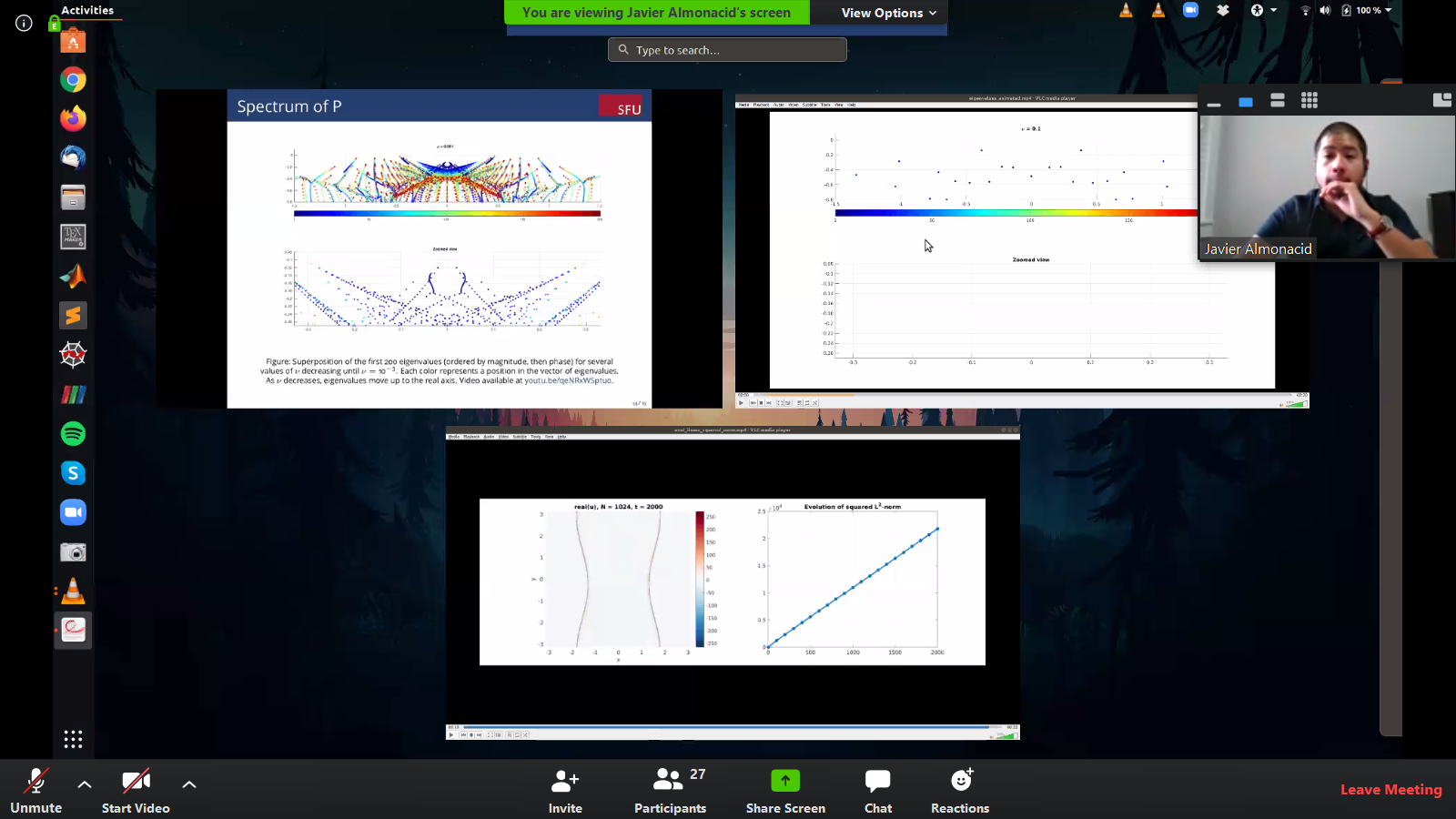 As there are no parallel talks at a RAIN meeting, logistics was simple; only one Zoom “room” was used. Coffee breaks were shorter than usual as there were no lines at the restrooms! And while there were hiccups (everyone inexplicably got disconnected from Zoom several minutes into the meeting), the quality of the talks and the value of just having this forum for the dissemination of research, made the inconvenience of the venue negligible.

“I was actually pleasantly surprised to see how effective a virtual meeting could be.” --Ralph E. Showalter, Professor, Oregon State University 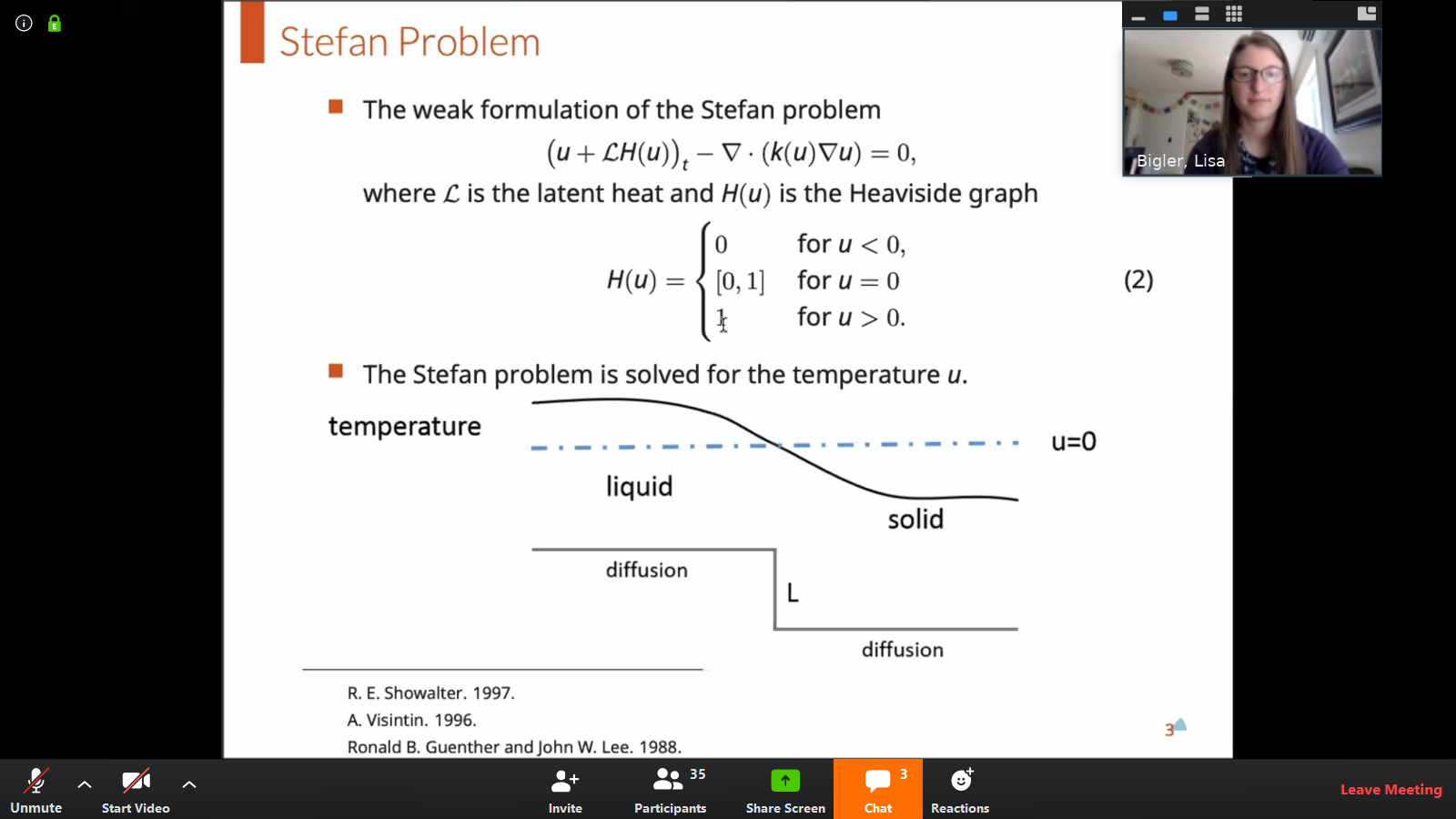 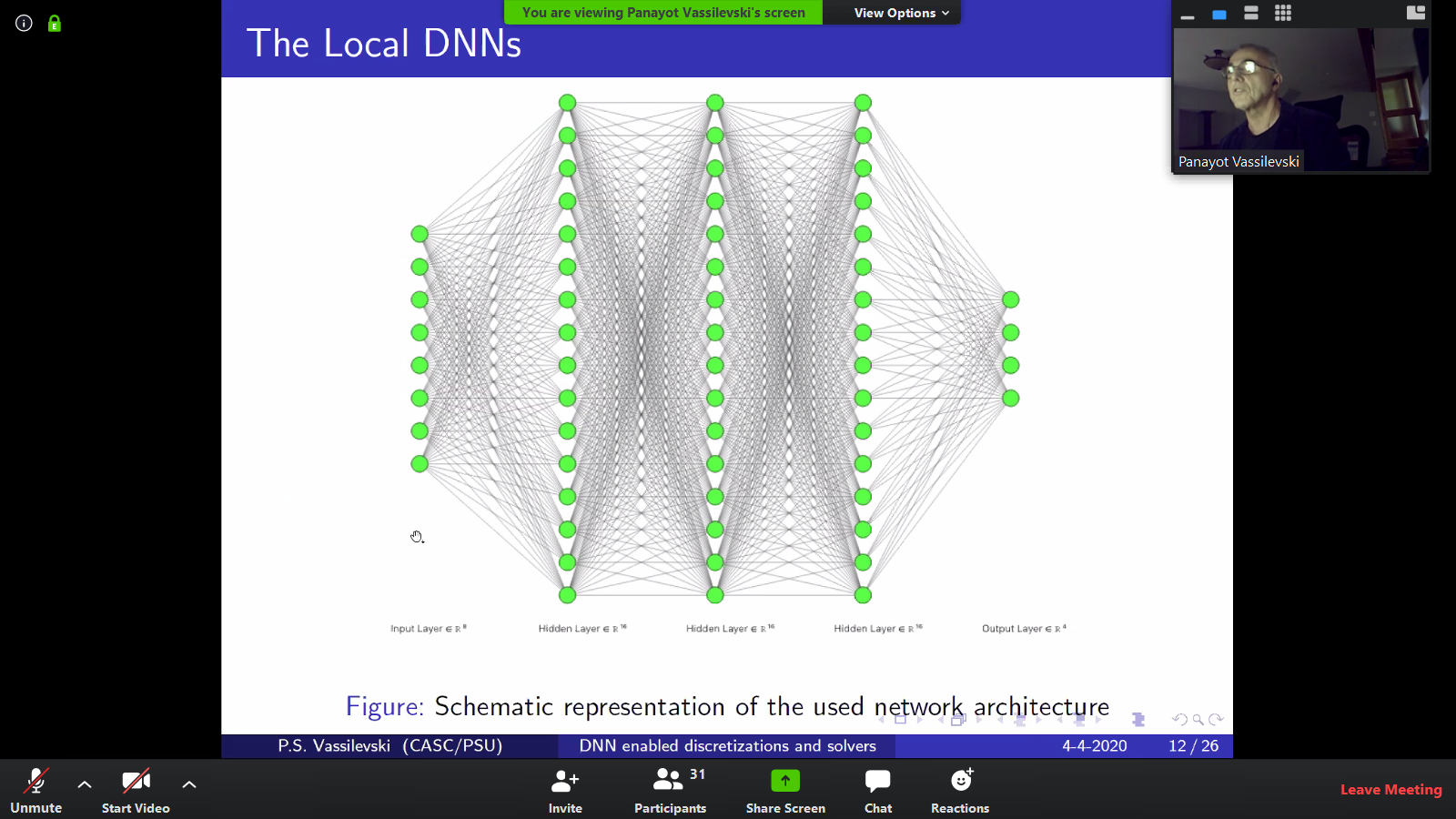 Some talks were given traditionally, with slides and perhaps videos of simulations, while one was handwritten on a tablet and another was an overview of several papers in a pdf viewer! Some speakers decided to dress for the occasion, donning bow ties and sport jackets. It was an unusual realization of an already atypical meeting. In many ways the virtual format was not ideal, but in others it was convenient. A speaker’s co-author from Maryland was able to effortlessly attend this usually regional meeting.  The internet has a way of putting us all the same distance from each other, even if that is not always as close as we would like.