The College of Science welcomes renowned mathematician Richard Tapia who will present a public science lecture entitled, "Using Mathematics to Enhance My Personal Life," for faculty and students. The event will be held May 11 at 3:00 pm in Snell International Forum at 2150 SW Jefferson Way on campus. REGISTER here. Dr. Tapia is a University Professor in Rice University’s Computational and Applied Mathematics Department, the university’s highest academic title awarded to only seven faculty in its history.

For many years, Dr. Tapia was involved in BMX bicycle racing as a supportive father for his son. He will kick off his talk using several lively videos to identify and illustrate what he calls the "Curse of Lane 8" or "The Fair Lane Assignment Problem in BMX Bicycle Racing." Next, he will use his mathematical training to formulate the issue as a mathematical problem and then solve the problem using a computer while describing the solution technique.

In the second part of this talk, Dr. Tapia will show and describe how he made a riveting video with the help of a dual art and math undergraduate at Rice University that ended up accompanying him as he showed his 1970 Chevelle Malibu SS at car shows across the country. Both the car and video are named, “Heavy Metal.” Check out an interview of Dr. Tapia at the Detroit Autorama 2008. 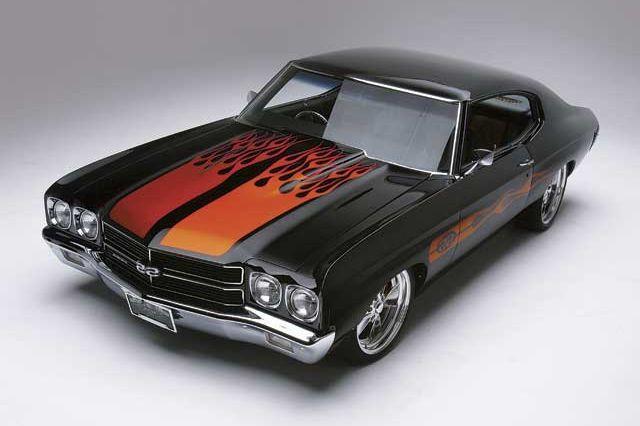 The video depicts the late 1960’s and early 1970’s, an era marked by muscle cars, heavy metal music and social rebellion. The psychedelic images in the video were constructed entirely using mathematics. Numerical simulations of fluid in and around the car were developed using numerical methods to solve the Navier-Stokes partial differential equations that govern fluid flow.

By being creative with the mathematical parameters and solution techniques, Tapia and the student created some highly striking and interesting images and patterns. Using video, they were able to demonstrate that mathematics can take us places where physics can’t.

In 1990, the National Research Council named Tapia one of the 20 most influential leaders in minority mathematics education in the country. Later that year, he received the Hispanic Engineer National Achievement Award for Education from Hispanic Engineer.

Internationally recognized for his research in the computational and mathematical sciences, Dr. Tapia is also Director of Rice University’s Center for Excellence and Equity in Education. He has also been featured in a video promoting the Society for the Advancement of Chicanos and Native Americans in Science (SACNAS).

"Professor Tapia and late professor Blackwell are two folks whom I admire, first for their excellence in mathematics and statistics, and second for their leadership in enhancing diversity--two of our College's core values," said Sastry G. Pantula, dean of the College of Science.

"The Blackwell-Tapia conferences, named after these two leaders, have a great impact on building diverse leaders in science. The OSU community is in for a treat. We can all learn a lot from Dr. Tapia's experiences."

The renowned mathematician holds honorary doctorates from Carnegie Mellon University, Colorado School of Mines, University of Nevada, and Claremont Graduate University. He also has two professional conferences named in his honor: the Richard Tapia Celebration of Diversity in Computing Conference and the Blackwell-Tapia Mathematics Conference.

Dr. Tapia presents the Mathematics Department’s 31st annual Lonseth Lecture May 10 at 4:00 pm in LaSells Stewart Center, Construction & Engineering Hall, following the annual Mathematics Awards ceremony at 3:30 pm. This scientific talk, “The Remarkable Journey of Isoperimetric Problem: From Euler to Steiner to Weierstrass,” will offer an overview of the history of the impactful isoperimetric problem. A reception will follow the events.