Mathematics professor Juan Restrepo, an expert in uncertainty quantification and the dynamics of oceans and climate, published a study on mathematical models addressing climate change in SIAM News. The news journal covers cutting-edge research and novel applications in applied mathematics and computational science for the Society for Industrial and Applied Mathematics (SIAM). 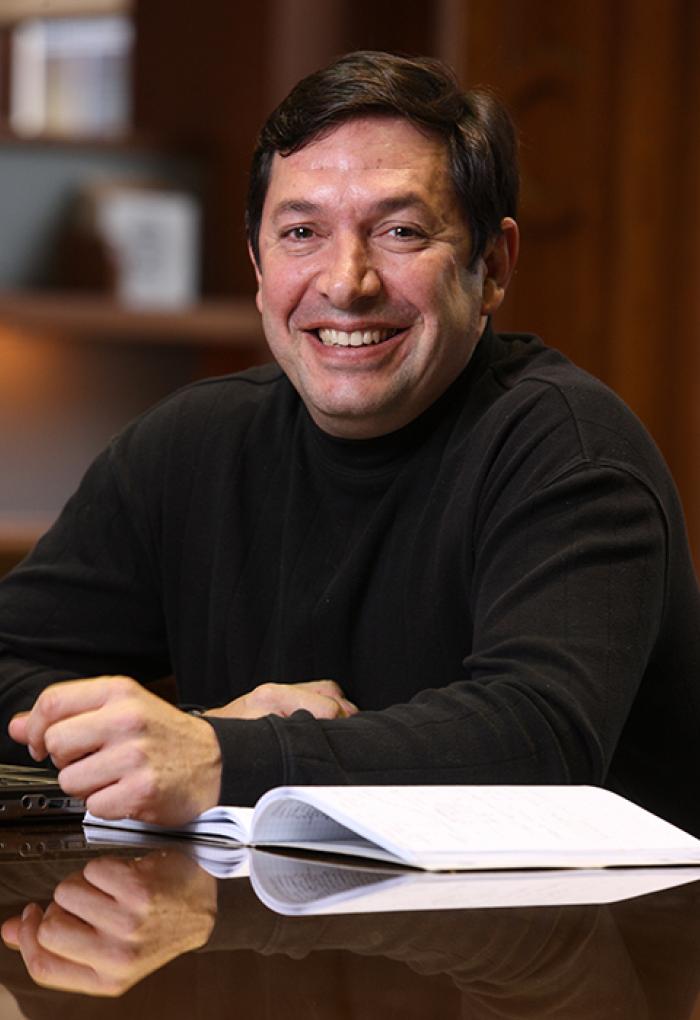 Invariably, congressional staffers and the elected officials they support are keen to engage in the climate debate. As he advocates for science research and education funding during congressional visits, Restrepo is often asked how mathematics can inform climate change issues.

The current official stance of the U.S. government has provided him with an opportunity to showcase how mathematics can inform the increasingly contentious debate. The two fundamental tenets of the current Administration are: (1) It is not surprising that climate changes, these are normal fluctuations of the natural dynamics of climate; (2) There are too many uncertainties in climate science and climate models in particular, to be able to make predictions on climate change.

"It is not enough to simply point out that one cannot be certain about the former and claim that the latter is true. One can use some very simple mathematics to show that the former is not true, and that present uncertainties in climate science can be taken into account in making climate predictions," said Restrepo.

In "Uncertainty in Climate Science: Not Cause for Inaction," Restrepo and co-author Michael Mann, an atmospheric science professor at Pennsylvania State University, use simple mathematical arguments to show that observational climate data are not consistent with a key (theorem) or property of data that is in a statistically steady state. If climate data were in a steady state, they would change and fluctuate in time but their moments or averages would not. This finding disproves the Administration's contention that climate is "always changing," implying that temperatures, for example, might go up but they might also go down at some point.

The authors also show how uncertainties in the data and models can be taken into account when making predictions of future global climate. According to Restrepo, when ensembles of predictions, with uncertainty estimates derived from historical data, are made, the average outcome does not differ significantly from predictions that appear in the Intergovernmental Panel on Climate Change report, which represents the consensus of the best peer-reviewed assessments by climate scientists from around the world.

The concept of uncertainty in climate science is often misrepresented in public discussions, asserts Restrepo, and a greater public understanding of uncertainty analysis and its impact on the science of climate change would help dispel misconceptions that tend to influence policy.

The authors note in their conclusion:

“Because key climate change attributes, such as ice sheet collapse and sea level rise, are occurring ahead of schedule, uncertainty has in many respects turned against us. Scientific uncertainty is not a reason for inaction. If anything, it should inspire more concerted efforts to limit carbon emissions.”

A version of their article, entitled “This is How Climate is Always Changing” was also published in the American Physical Society GPC Newsletter.